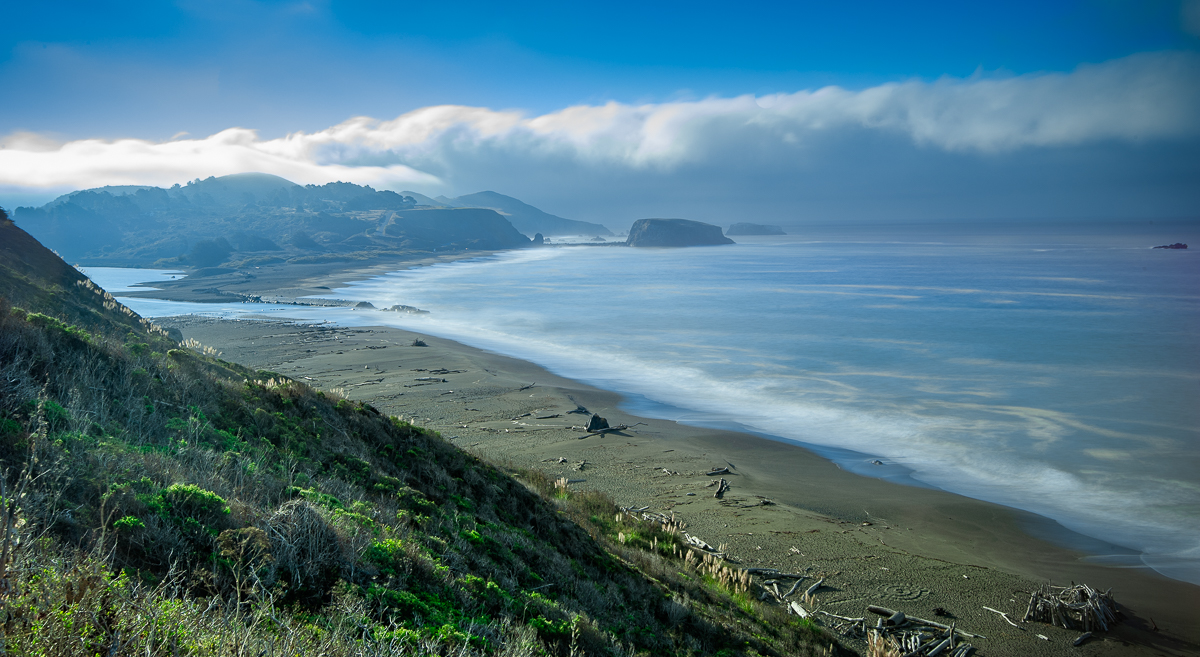 While Big Sur may be more famous, the Sonoma Coast, some 80 miles north of San Francisco is just as wild. To my mind, there is no more dramatic meeting of land and sea.  Plus there are redwood groves just a few miles inland along the Russian River.

Armstrong Grove State Park outside Guerneville, near the Russian River.

Light in the forest I. Fort Ross State Park.

Rocks and surf near Sea Ranch.

Mouth of the Russian River.

Surf and fog II.
[Show slideshow]
1 2 ►
The Russian River meets the Pacific at Jenner. Fort Ross is 12 miles farther north along a sometimes hair-raising Route 1. The restored fort, now a state park, was Russia’s southernmost fur trading outpost between 1812 and 1842. Salt Point State Park and Sea Ranch are a few miles north of the fort. These photographs were made October 17 and 18, 2018.