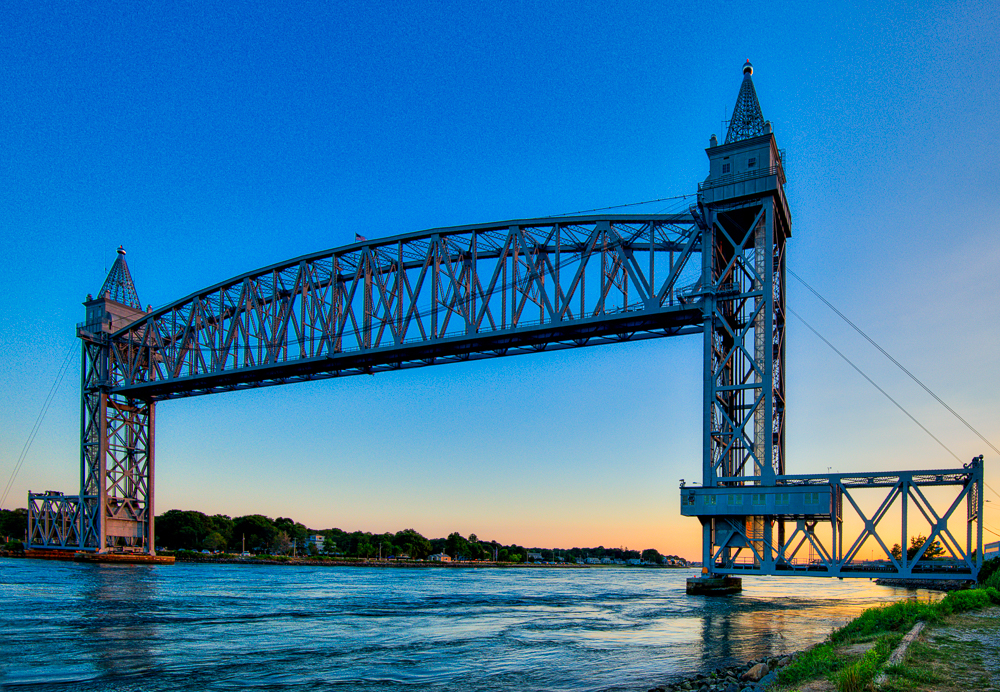 Cape Cod Canal Railroad Bridge in its normal "up" position.

Built in 1933, the Cape Cod Railroad Bridge is a marvelous mix of precise engineering and rugged construction. There are only a few vertical lift bridges of this design in the US that raise its entire span between two towers. Since fewer trains cross the canal than boats transit the canal, the bridge is normally in the “up” position. It’s lowered only when trains need to transit between the Massachusetts “mainland” and Cape Cod.